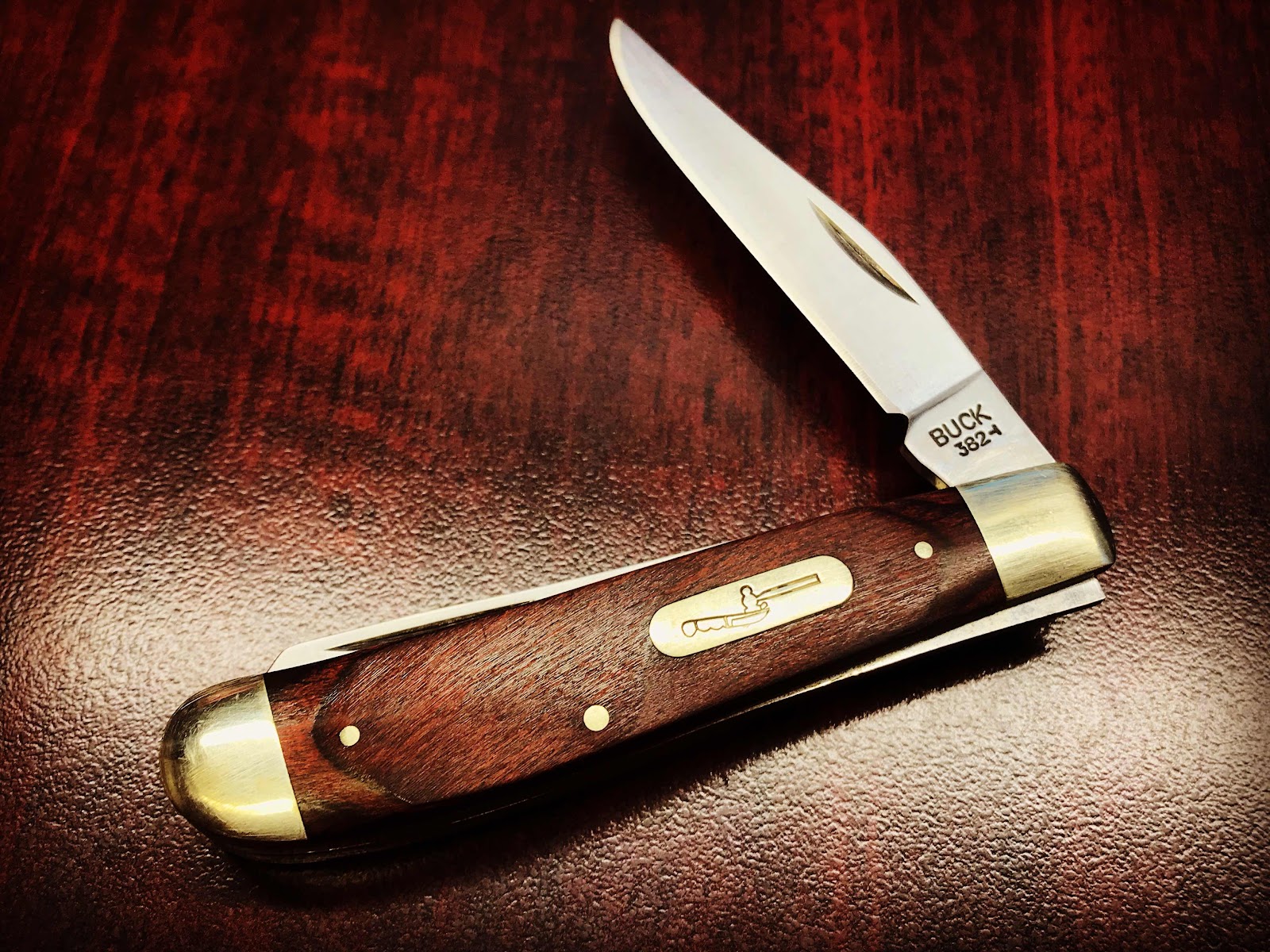 My brother gave me this knife on the last day of archery season. It is a BUCK 382 Trapper knife. I shot my doe and field dressed it with a different knife.
I decided I would skin and butcher the entire deer with my BUCK Knife. I wanted to see how the knife would hold up. 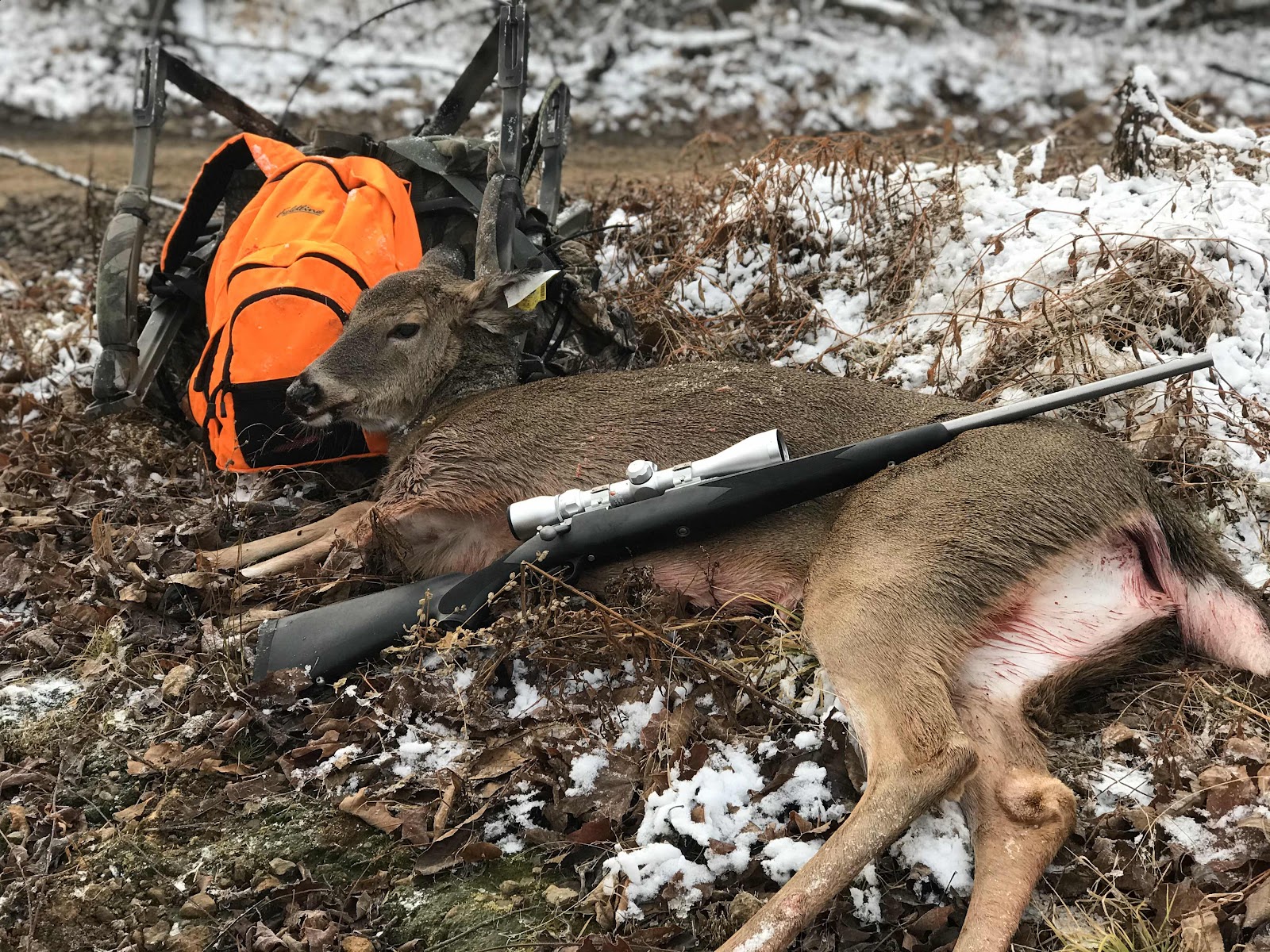 When I was skinning the deer the knife was cutting skin but also hair. After skinning the deer I then trimmed all of the fat off. This can be pretty hard on a blade.
Once I trimmed the fat off I quartered the deer up. I washed the knife and then deboned all of the meat. Once the deboning was done I removed all of the silver skin. I purposely left the front shoulders for last as this has the most silver skin. I trimmed the last of the silver skin and NEVER had to touch the blade.
I did the entire process and the only tool I used while processing was this little knife.
I’ve never owned a BUCK Knife before but this to me was an awesome statement to the quality of their knives. I’ve used some big name wild game processing kits that the knives needed touched up ever few minutes. The little blade was easy to manage and I never felt undergunned with this knife. 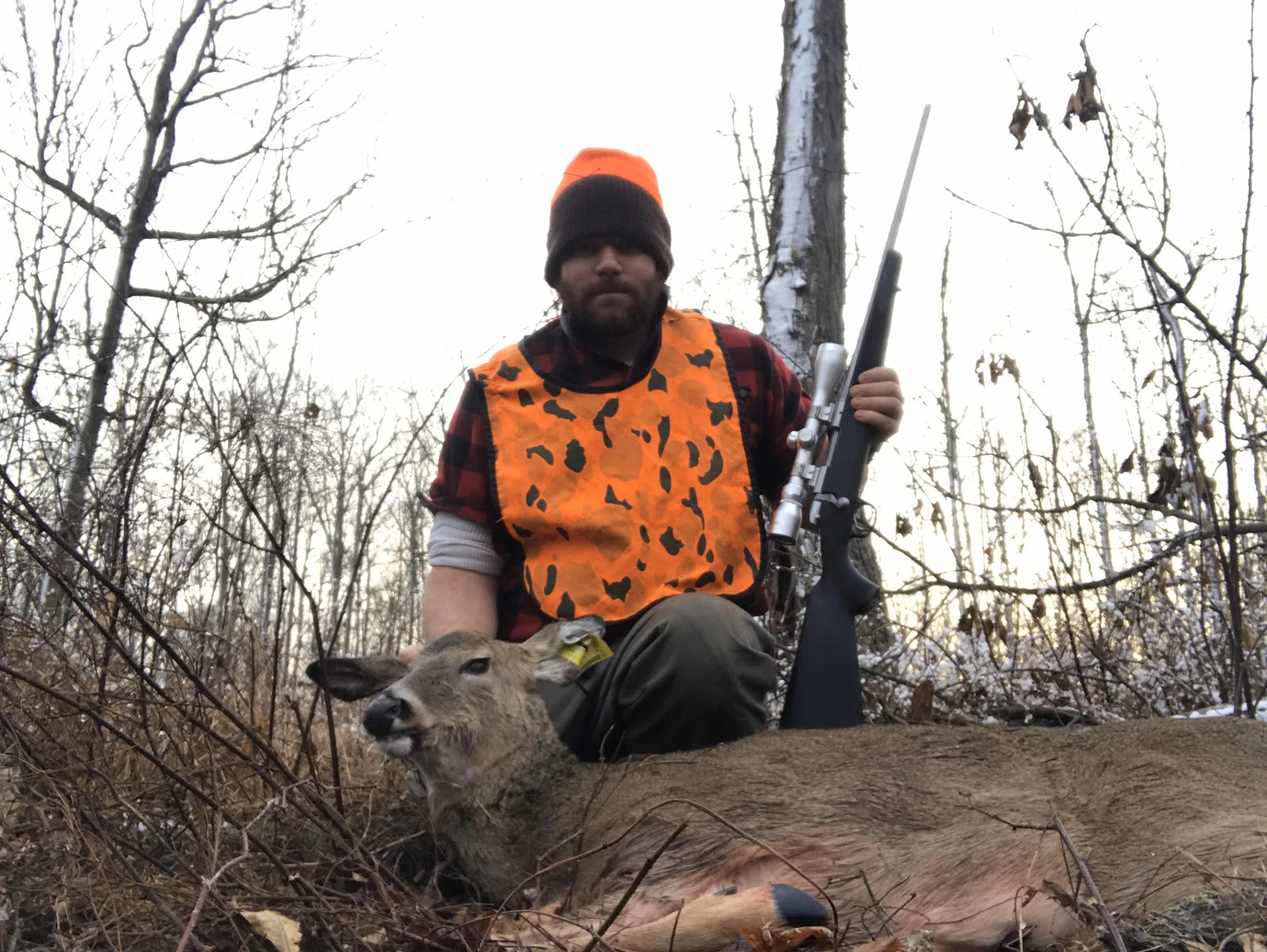 Why? Why use a single small knife to butcher a deer? I just wanted to see how the little knife would pan out. Now I did not do any steaks and everything but the back straps, two roasts, and the fish was trimmed and sliced to fit into my grinder but this knife held a great edge throughout the entire process. A longer blade is just easier to cut steaks with but it could have easily been done with this knife.
Big props to BUCK. Just goes to show that you don’t absolutely have to have a butchering kit to process your own deer.
I could have field dressed the deer with this knife as well but I like a little more distance between my fingers and the edge of the blade while I can’t see what I’m cutting.
Great product, and won’t be the last BUCK knife I ever own.
at December 04, 2019